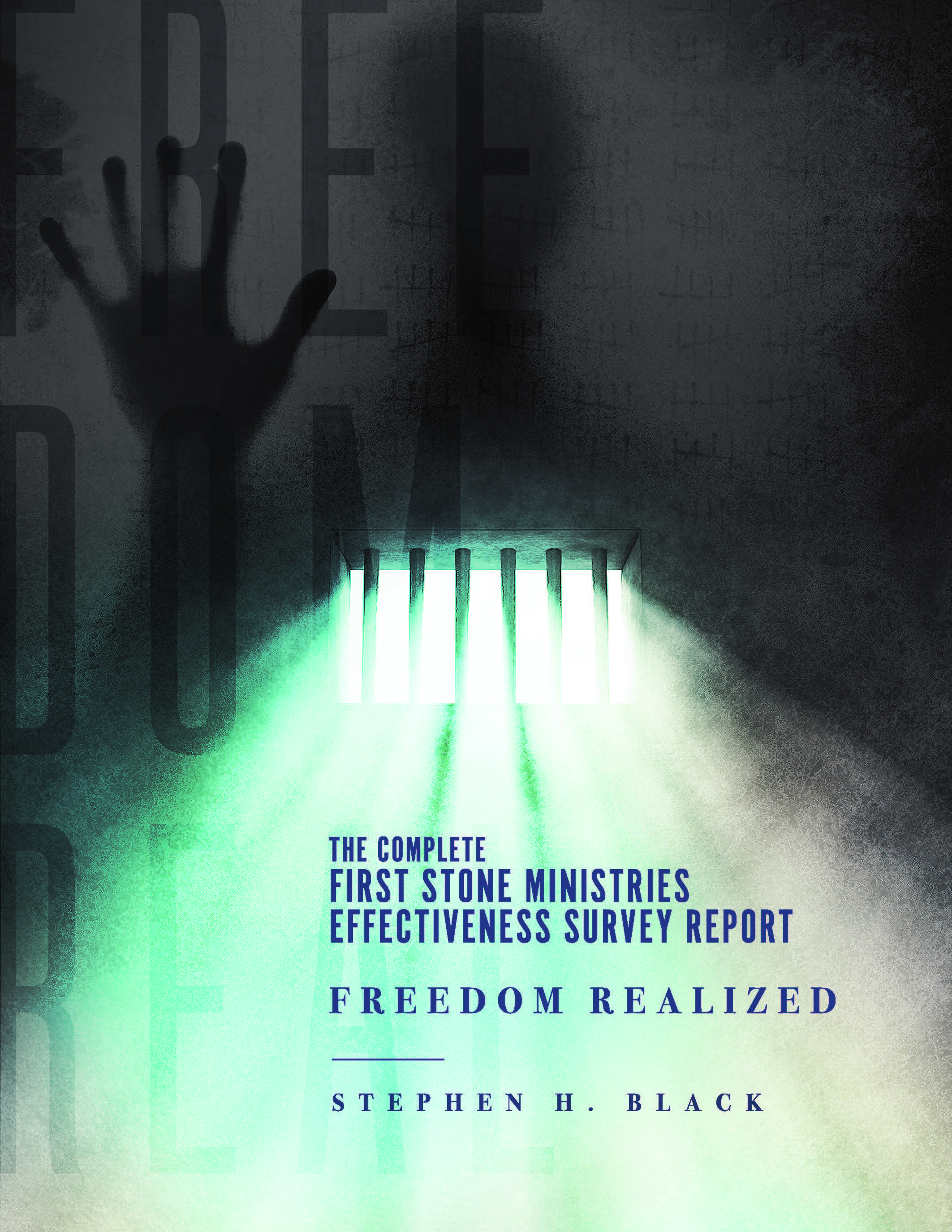 The Complete FSM Effectiveness Survey Report, with all the additional charts, graphs and the other 95% of the additional comments, is finished. The COMPLETE FSM Effectiveness Survey is now released as an eBook and PDF. The soft cover will be available next week.  Order the softcover, eBook and PDF now on the First Stone Ministries Market. This Full Report has also been released at Redemption Press, Amazon, and Barnes and Noble.

Purchasing Freedom Realized - book and The Complete FSM Survey - report together for a reduced price of $29.99 now.

The Complete First Stone Ministries (FSM) Survey Report was part of the Freedom Realized book, by Stephen Black. A passionate and convicting book that gives clear evidence that people, in fact, find lasting freedom from homosexuality and freedom from a life defined by "gay" identity fallacies. The FSM Effectiveness Survey was started because of false claims being made by Alan Chambers and other gay activists that no one really finds freedom from homosexuality. Stephen Black was the Chairman of the Ministry Council of Exodus International in 2012 which subsequently failed and closed up because it denied its own mission and purpose to bring full healing and restoration to those seeking a sexual identity defined by Christ alone. It was during this time Alan Chambers, President of Exodus International began abandoning the Exodus International mission. Chambers started communicating an ambiguous and deceptive message that no one's same-sex attractions change, and thus leaving people condemned to live a life defined by a gay identity. This was a dark time as Chambers completely contradicted the message of true hope in the Gospel of Jesus Christ. Chambers’ proclamations repeated daily by gay activists, compelled Black to see that the true banner of hope was being raised elsewhere by then, the 36-year-old ministry of First Stone Ministries and by other ministries that later joined the Restored Hope Network.

The banner of hope was to give the Church and our nation the truth about change. Polled over a period of 13 months, respondents to The First Stone Ministries Effectiveness Survey from a 25-year period of ministry (1990-2015), provided evidence that First Stone has indeed produced the healing available through the Gospel of Jesus Christ. The results are, in fact, amazing! The survey revealed the exact opposite to Chambers' and his gay advocates' false proclamations. The truth is, many people have found lasting freedom!

Here are of the brief facts from The Complete FSM Effectiveness Survey Report from the participants surveyed:

The final two questions of the survey asked respondents to scale themselves on the state of the mind before and after coming to FSM for at least one year of ministry.

Facts About the Creation of the Survey

There is so much more to read in this complete report with hundreds of comments from participants experiences at FSM. This report conclusively reveals people find lasting freedom from homosexuality, same-sex attractions, and that people are living full lives free from labels.